As many recently married couples can relate to, my wife and I had just purchased a home, had a mortgage and brought home our first newborn child (Taylor). This all occurred shortly after I completed my residency in 2001. I was working as an associate in a thriving orthodontic practice in the area. The plan was to ultimately buy into this practice. For two years, I was totally invested in this practice that had dangled the promise of ownership. But when the time came, I was offered a “good deal” where I was expected to pay for the net worth of half of the practice but would not receive anywhere near half of the income. Financially, I would probably have been fine had I accepted the offer but something didn’t seem fair. As I was deliberating what to do, an opportunity to purchase a small, part-time practice in Jenkintown (near my child-hood home town) became available. I had to choose to stay with the practice that I truly enjoyed working for or go off on my own with the uncertainty of becoming a business owner. 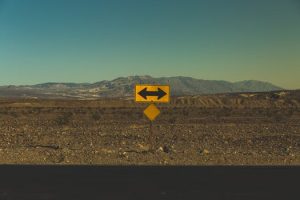 My head and heart were telling me one thing but the practical side of me was telling me another. The insecurity of not having a stable paycheck made the decision gut wrenching. I had many sleepless nights and was angry because I felt as if I was being taken advantage of because of my circumstances. But with considerable discussion with my family and friends and with much prayer for guidance, I was led to take a leap of faith to purchase and build my own practice. The humble beginning of what was later to become L&M Orthodontics started in the summer of 2003.

Being a new business owner was exciting and trying. I didn’t know the first thing about running a business. What did four years of college, four years of dental school and two years of residency do for me? I could diagnose and treat the heck out of a rotten tooth or a crooked smile. But all of those years of sitting in science classes did nothing to prepare me to handle business related issues. How do I deal with offering benefits? Why are there so many rules to hiring and firing employees? Corporate tax, personal tax, federal, state and local tax, and what the heck more taxes. Everyone wanted to get their share and I had no idea how to deal with it. I have to laugh when I look back at the first few years. I started out with basically two part-time staffers. My wife and I did what we could to grow the business. Often I even found myself answering calls, making appointments and setting up/cleaning up when I didn’t have an assistant. I was only open 2-3 days per week, so during the off days, my wife and I would take our baby into the office so that we would not miss any calls. We even set up a pack-n-play so that our baby could take a nap. I often thought, what did I get myself into?
The biggest hurdle was the unexpected staff-related issues. I could probably write a book on who not to hire. I have always tried to give people the benefit of the doubt and overlook past issues when hiring an employee. I recall a few people that as soon as they were hired, must have thought “work” meant optional. They would regularly not show up for one day or even weeks at a time and then come in as if everything was ok. 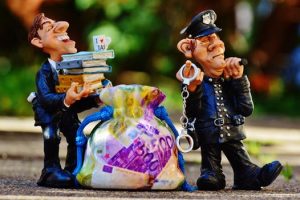 The most memorable story was when I came back to the office after lunch and two FBI officers were in my waiting room. It was just like the movies, they flashed their ID and asked to use my office to talk to one of my staff, Amy (the name is changed to protect the innocent). Of course I was going to say yes and they proceeded to interrogate Amy in my office. After the FBI had left, I asked Amy what this was about. With one corner of her mouth, she claimed that there was a big misunderstanding regarding her boyfriend who was an undercover police officer and with the other corner she immediately called someone and told them to “get rid of the computer”. I even had my other staff subpoenaed to find out if they had any information to share with the FBI. Needless to say, Amy did not last the day.
Along the way, I did have the pleasure of working with some awesome people whose lives unfortunately for me, took them towards another path. In particular, I am incredibly thankful to Alena, Shaina and Kerry for their dedication and enthusiasm. I am now blessed to have a team that is truly enjoyable to work with.